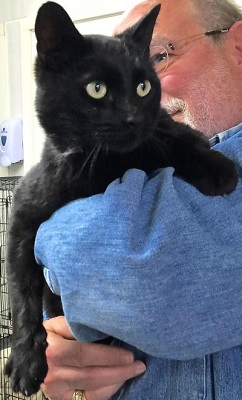 Bernie – He’s is a big boy, and has plenty of personality to go along with his size.

Bernie is huggable, loveable, and generous with his affection for people. He’s a social butterfly when people are in the room, going from one to the next seeking out attention. Confident, curious, and carefree, Bernie is everything you might want in a big boy cat.

Bernie’s affection doesn’t always extend to other cats, though. He believes he’s more than enough cat for anyone. He might be right.