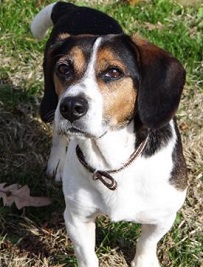 Senor Spike – When he first arrived you could tell that this little guy had a rough time of it. At some point in his life, he broke his pelvis. He also has a part of his tail missing and both his eyes were in need of medical attention. Despite all this, Senor Spike was just as happy as he could be.

Look at him now!  The vet says his pelvis has healed and he isn’t in any pain, same with the tail. His eyes were attended to. He is good as new! We’ve even nicknamed him Spunky Senor Spike!

He is always ready to go for a walk or join a doggy playgroup. As long as someone (human or dog) is paying attention to him, he’s a happy boy! Spunky Senor Spike takes all our fussing over him in stride and really just wants to sit by your side and share some time together.

Check him out in action in his video!