Willow entered my life when a mouse ran up the curtain, scaring me half to death. I headed to the Toronto Humane Society and started looking for a mouser. Willow tapped my arm through her kennel and as soon as I saw her it was a done-deal. She was only three months old, but already she knew what she wanted—me. From the moment she came home, I became a cat lover.

When she had her first birthday there was a major change. We switched roles. She decided she was no longer a baby and she started watching over me. Each night she would sit at the top of the stairs to make sure no one came up while I was sleeping. She would check on me throughout the day, too, as if I was her kitten who needed to be protected and cared for. 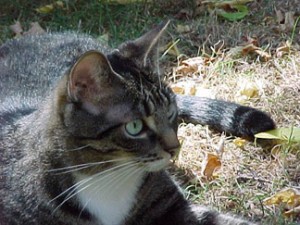 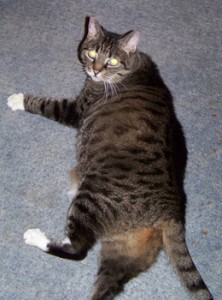 When she was 8 years old, she moved to Indiana with me and became a dual citizen. She fell in love with her new dad the moment she met him. She had only let me rub her belly, but her dad became her new favorite person.

Willow was never crazy about other cats, but she tolerated them because we liked them. As long as she got her fair share of attention, she allowed them to live there.

She traveled back and forth to Canada several times a year, helping me drive. She sure hated the bumpy Michigan roads and gave a shout each time we hit a pothole.

Willow had a purr that was so loud she would sometimes squeak. She was always happiest when she was getting treats of peanut butter or pieces of bacon.

If one of the other cats was in her space, she would shout out, knowing her dad would come running and make the other cat leave. Willow would then smile and purr, knowing she had won again. 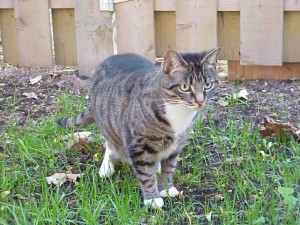 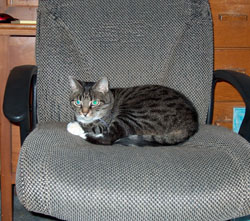 When she was 16 she developed a tumor in her stomach and surgery wasn’t possible. There isn’t a day that goes by that we don’t miss our princess.

Willow was the first to open the door, making us realize how much enjoyment and love a cat can bring to your life.