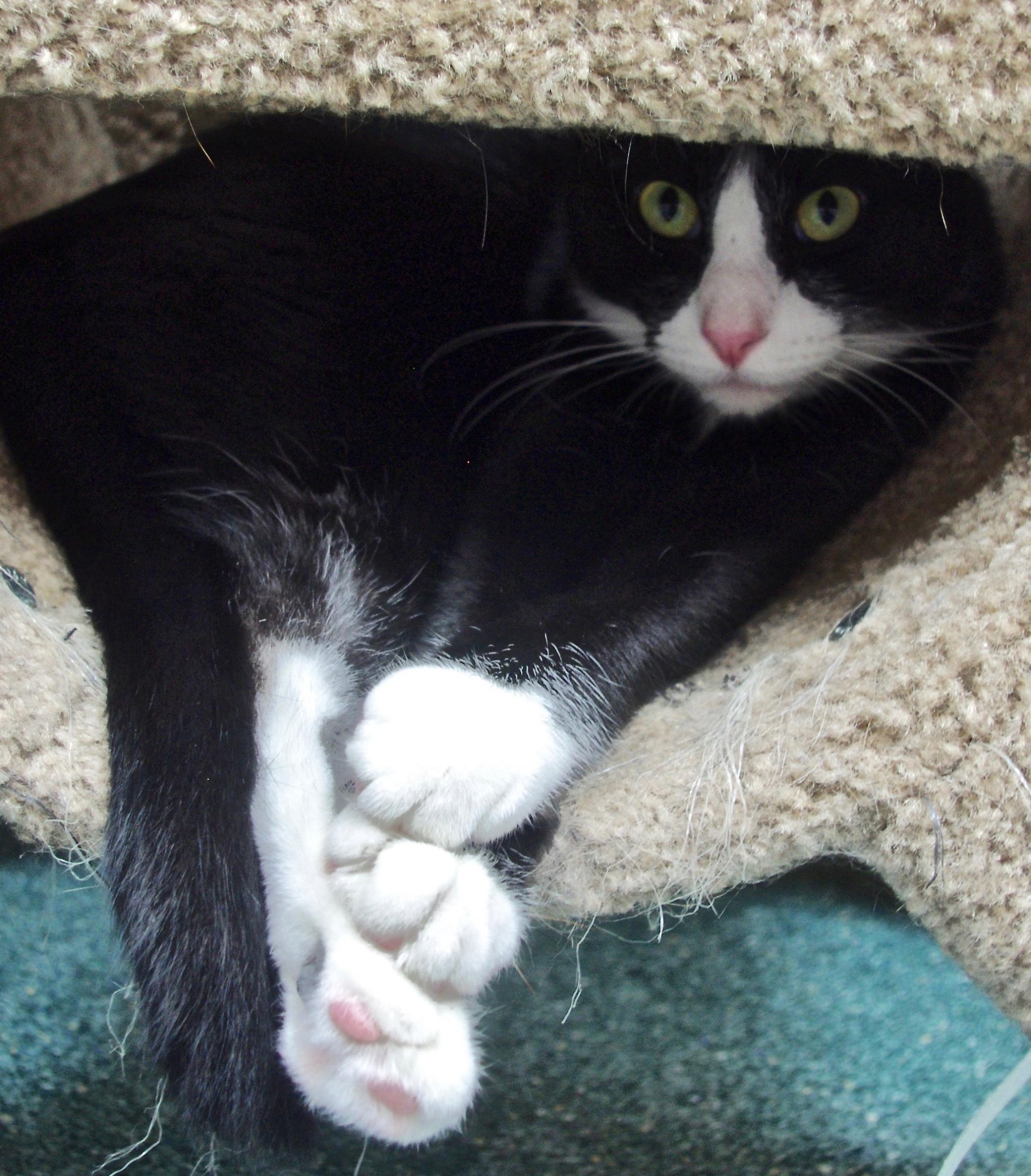 Avery – His beautiful, big, round eyes give him an always-surprised look that’s a bit of a window to his personality. Everything is a wonder to him, as though he’s seeing it all for the first time. He’s a bit shy at first, but curious enough to come forward for petting which he discovers, to his wonder, is wonderful! The jingly toy might startle him a bit, but when he bats at it, he realizes how much fun it is and is off to play for a while. That other cat? Well, let’s check him out…oh he’s fun!

Avery has discovered that he loves hiding, too, burying himself under blankets until only his nose is visible, or climbing inside the cat tunnel with only his long legs hanging out. He loves hiding his toys, too, putting them in boxes, or under covers, only to discover them anew a while later. Each time he rediscovers a toy, it’s like he’s seeing it for the first time again.

It’s a delight to watch Avery as he discovers each new thing (again). It’s even better when he settles in to enjoy himself with you.