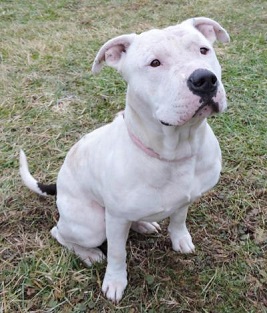 Brody-a happy-go-lucky guy who likes everything and everybody.

He’ll play with the bigger dogs, running at full speed across the yard, rolling and leaping. He’ll play with you, happily chasing and retrieving a ball in return for tummy rubs. He’ll even help out the little ones.

When Brody had the chance to play with a canine pal who was a bit smaller, a bit younger, and just a bit intimidated by Brody’s size and enthusiasm, Brody seemed to figure out that he needed to tone it down and he did!  He gave some space, did his own thing, and before long, his buddy was giving play bows and trying to get Brody to chase.  It was no surprise that this big softie won over his timid friend.
Will he win you over, too?

Watch his video and see his charm in action.