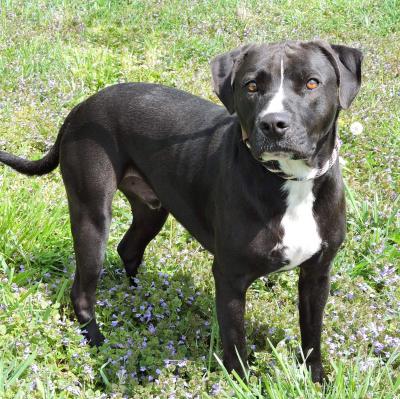 Sosa – For Sosa, it’s not about who wins the game but about the fun of playing. He loves a good game of tug. He pulls just hard enough to make you think he might win, but in the end he usually drops the toy so you feel like the victor. Maybe he’s learned that’s how to keep the game going.

If you throw that tug toy, he’ll happily retrieve it and then dance around like it’s the greatest prize in the world. Such a fun boy he also likes to chase Frisbees and throw them in the air! After all that play, he’ll flop down in your lap for a little rest and relaxation.

If you’re looking to add a little fun to your life, come meet Sosa.