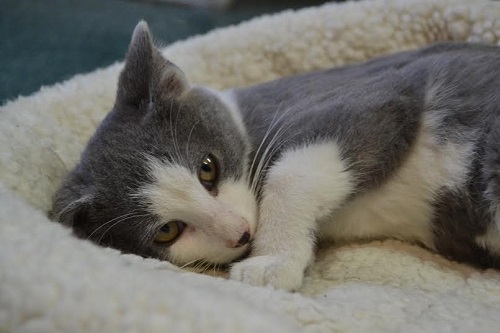 “Oh, no, I didn’t know that could happen!” We hear it at the animal shelter every year. Around April the phone calls start coming in. People are so surprised that their six or seven month old kitten just gave birth to a litter of kittens.

Yes, it’s true. Cats can get pregnant as early as four months of age. That means those “Oops” litters can happen a lot earlier than most people think. The other shocking fact is that a mother cat can go into heat and get pregnant a week after giving birth, so a female may be nursing one litter while pregnant with another. And yet another surprise to some is that a female cat can have up to three litters of kittens a year. With the average litter size being 5 kittens, that’s 15 kittens a year.

You can help put a stop to that!

By spaying your cat before four months of age, you can stop the accidents before they happen. You’ll save yourself the worry of finding something to do with all those kittens. You’ll save your cat from the stresses that constant motherhood brings and you’ll save the animal shelter from being overrun with unwanted kittens. Last year the Brown County Humane Society received 156 kittens from people who did not want them. That many kittens puts a big strain on the resources at the shelter and finding homes for so many kittens is a challenge.

Don’t forget those little boy cats, either. It’s best to neuter them before they reach four months of age, because that is when they can start “spraying” or “marking” their territory. Neutering helps prevent spraying, roaming and aggressive behavior in male cats. 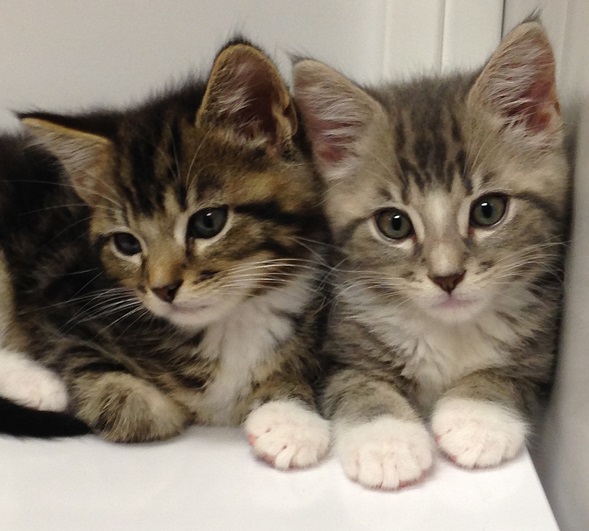 Female and male cats can be fixed safely as young as eight weeks of age and when they weigh at least two pounds. The American Veterinary Medical Association supports the concept of pediatric spay/neuter in cats in an effort to reduce the number of unwanted animals. One of the big advantages that veterinarians see when they fix younger pets is that they bounce back from surgery quicker than older cats. It’s typical for an 8 week old kitty to get fixed one day and be jumping, climbing and playing the next day, just like nothing ever happened. Another advantage of spaying a female cat before her first heat cycle is that it has a strong protective effect against mammary cancer later in life.

So don’t be one of the “Oh, no, I didn’t know that could happen!” crowd. Get your felines fixed before four months of age. Your cat will thank you!