Jackson – Will Work for Food 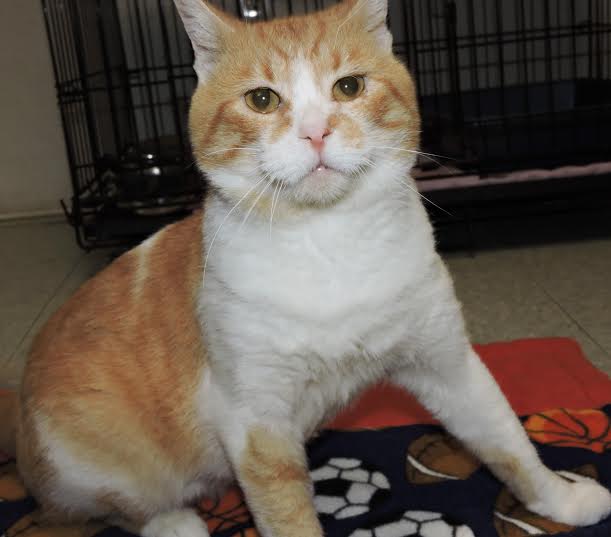 Jackson’s always been a working cat. He’s lived his life his own way, outdoors, getting two squares a day in exchange for chasing mice. He was happy enough and he wasn’t planning to change.Then he wound up at the Humane Society.

Suddenly he’s getting regular attention. He’s got a new, warm bed every day. People are sweet-talking and cooing at him. They even fed him tuna!

He tried to resist the attention for as long as he could. He hissed, he climbed up high, but the peoples’ power was too strong. One day, in a moment of weakness, Jackson let someone pet him. He didn’t mean to. They fooled him! Next thing you know, he’ll have to sit on a lap! 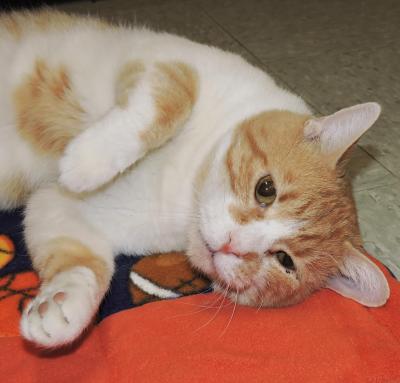 Jackson doesn’t want to be a lap cat. He wants to be outside, exploring the big world, doing his job. If you’ve got a barn or outbuilding that needs rodent policing, Jackson’s your guy. In payment, he’d like a warm, safe place to sleep and regular food.