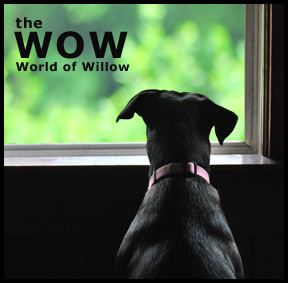 For many humans, the flash of lighting during a thunderstorm or the burst or color from a fireworks show is exciting and mesmerizing.  It is well known that generally canines DO NOT experience the same wonderment.  In fact, we hate them.  Yes, hate is a strong word, but a well deserved one.

You see, it’s more than just the quick burst of light, or the loud boom from the thunder or explosion.  During these times the sounds and lights are unpredictable and in the case of thunderstorms, coupled with a decrease in air pressure and an increase in electricity in the air (never thought a dog could be so well-educated, did ya?).  In fact, I heard just the other day that some of those people who study things believe that a storm can create excess electricity in the air. This excess electricity can cause discomfort to many animals, especially us dogs. Do you ever find your Fido hiding in the bathroom, under the bed, in a pile of blankets, or closet?  We seek these locations out because they are some of the most highly electrically grounded spots in our home; meaning that strategically placing ourselves in these locations helps to reduce the physiological effects storms have on our bodies.  Additionally, we have the natural instinct to remove ourselves from harm by finding shelter. See, we aren’t just big babies! 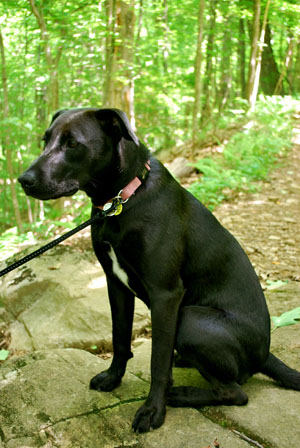 For me the experience of a thunderstorm is mildly panicking compared to some of my peer pups. I suppose you want to know where my little black legs carry me during those windy rainy nights. I will tell you only because I feel obligated to share with you my experiences, even if some can be embarrassing… but, please don’t share this with my fellow mongrels…  anyway, my location of choice is under the bed.  I can feel the crawl of the electricity in my bones and across my hair, the drop in pressure changes how my joints feel and my even thinking. This brings me to an important point I would like to make, possibly borderline rant. For some reason, humans believe that petting or soothing us during these terribly scary times will “reinforce” our fear.  Wrong!  Think about it, we are scared because of something we fear, how does a predictable, safe, and stable presence reinforce this behavior?  You can reinforce other behaviors like jumping, learned aggression, bad manners, but not one rooted in fear.  Many of the good animal behaviorists are finally coming to this realization.

How do we help our sweet furry ones you ask?  Well, the answer isn’t real clear.  I have heard a lot of stories of attempted treatment for firework and thunderstorm anxiety from my mates.  One shepherd had a previous owner who attempted to desensitize him to the sound of thunder.  This involved replicating the thunderstorm noise by tape recording and then playing it back at low volume to the dog.  However, because the distress is not only caused by the loud sound, but also the electricity and pressure (which I know you people are inventive, but I don’t know a single person who can create a thunderstorm), this method is generally not effective for thunderstorms.  Other methods were mentioned, such as a “thundershirt” one terrier told me he wore.  Then one sheltie told me of a calming collar she had tried. Or wait, wait, this is the best one:  one boxer told me that right before every thunderstorm he is given a piece of hotdog with a funny taste and then barely remembers the storm.

It seems that some of these methods work, some of them don’t, and some work for some.  It may be as simple for you just needing to turn up the volume on the television to drown out the sounds, or maybe it is as severe as needing medication.  Whatever you (and our needle poking, stomach squeezing doctors) decide to try for your normally fun-loving pooch, I hope that you do so knowing a little bit more about our perception of these seemingly harmless experiences.