What Exactly is a Pit Bull? 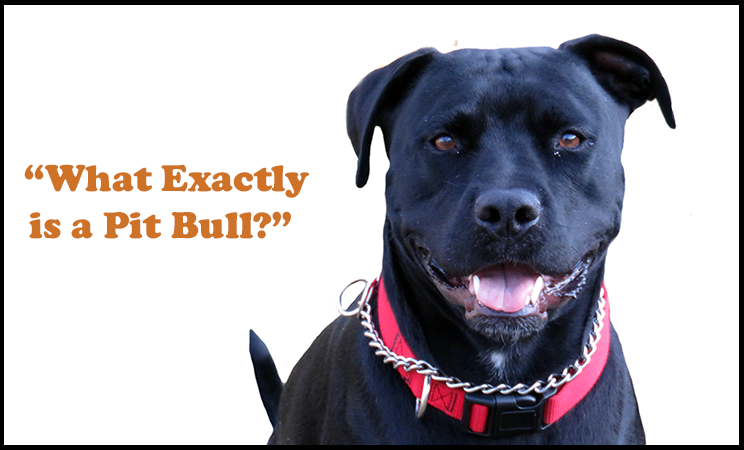 Several years ago, I was eating dinner at a friend’s house. It was the first time I had ever been to his house. While chatting at the dinner table, I heard the unmistakable click-clack of dog claws on tile. My friend had never mentioned having a dog, despite knowing how much I loved them. From around the corner appeared a large, brindled canine, who sniffed my socked feet delicately before resting his enormous head on my lap.

“What kind of dog is he?” I stoked the dog’s short, soft fur and his large brown eyes stared sleepily at the taco in my hands.

“He’s a pit bull,” my friend said nervously. He softly called the dog’s name. The dog lifted his head from my lap and walked away to curl up in a mound of blankets near the coffee table. “We got him from a shelter a few years ago. We think he’d been abused in his previous home.”

It was then I saw the streaks of missing hair from the dog’s flank, unmistakable evidence of old burns. I studied the dog, uncertain what to think. I had never met a pit bull in person before. His large face seemed fierce and intimidating, and his body seemed to be made up entirely of bulky, coiled muscle. The old scars added to the dog’s severe appearance. Yet, he slept peacefully and quietly throughout our meal, and when my friend told him it was time for a few scraps, the joyous thumping of his long, spindly tail brought a smile to my face.

“So many people get nervous when they see him,” My friend explained. “I don’t take him to public places very often because it just breaks my heart to see people cross the street or pick up their kids when they see him. They won’t give him a chance.” 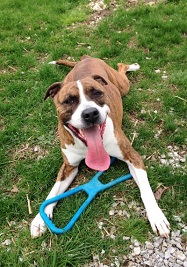 I met the dog many times after, and he would greet me at the door by leaning his weight against my legs and wiggling with joy. After a while, I couldn’t see the “fierce and intimidating” façade I’d originally seen when I looked at him. All I could see were his warm, brown eyes and his playful, but gentle attitude. And sometimes a decimated squeaky toy in his mouth. All I could see was a dog.

I felt a strange disconnect between this particular dog and the television images and internet stories I’d seen of violent pit bulls. Was this dog an exception? He had all the characteristics of a “dangerous dog;” he was a large male pit bull, previously abused and from a shelter. Was there a different breed of pit bull that was the dangerous kind?

I took these questions with me as I began volunteering at a shelter over that summer.

I was shocked to see that most of the dogs brought in were pit bull-type dogs, yet they were by and large the least adopted. There were so many different sizes and types that it became hard to determine which exactly to refer to as “pits.”

In fact, at one point I asked an older volunteer at the shelter, “What exactly is a pit bull?” 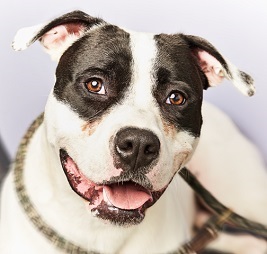 Strangely, this proved to be the best answer I’ve ever found to that question. I met small and cuddly pits, huge and boisterous pits, pits with no tails, pits with long tails, pits who had been loved by many children, and pits who were afraid of their own shadow. Of course, there were also nervous pits who were quick to growl, and those who had to be separated from other dogs at all times due to aggression. They all had such unique backgrounds and had experienced such different types of lives.

After a while, I did begin to just see dogs. The various breeds and mixes all melded together and it was impossible to tell if a dog’s hyperactivity was due to the lab side, the pit side, the lack of walks, the wrong food, the previous owner’s training style, the time of the year – there were just too many factors and each dog was such an individual.

Unfortunately, most of the people coming into the shelter did not have the time to get to know the various dogs the same way I had. They came to the shelter for maybe an hour at a time, and often had the same reaction I’d had – they saw an intimidating-looking dog that they’d heard was dangerous, and certainly not a dog for families.

Parents walked right by the pits. Young couples chose to take out the beagles, the labs, the dachshunds instead, even if those dogs barked and jumped and nipped more than the pits beside them. In the face of most potential adopters, the pits hardly had time to plead their case. 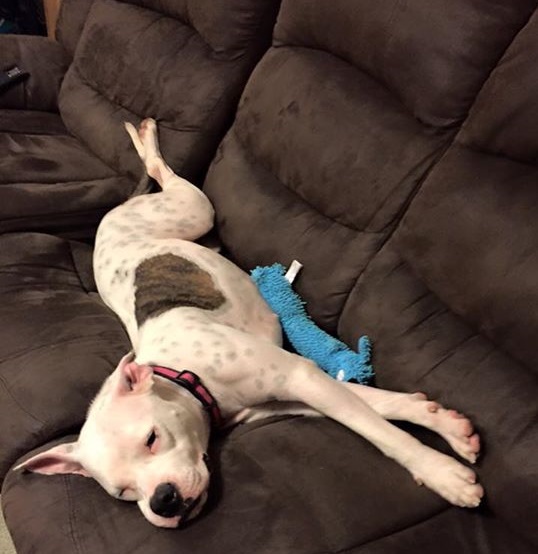 The idea of the “dangerous pit bull” is still an image I encounter often, even several years after my experience at that shelter. There have been great strides in spreading knowledge about the loyal, friendly nature of pit bulls, but for every heartwarming story there is a corresponding one about the irresponsible owners whose dogs take part in some terrible tragedy. When I hear these stories, I find it helpful to remember that dogs are a species shaped so much by humans, and that our best and worst qualities are often reflected in their behavior.

I think many people want to give pit bulls a chance, but they are afraid, or they have had a bad experience in the past. People draw the same types of conclusions about certain brands, or certain countries, or types of food. One bad experience puts them off for life; however, second chances often offer an entirely different perspective. Maybe you do like asparagus after all – you just needed the right chef! 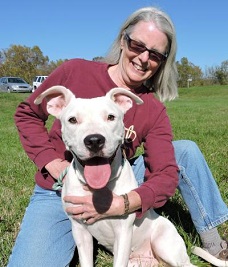 I think a lot about what would have happened to my friend’s dog (and my dog, too) if he had not been encountered a patient, open-minded person at the shelter. If you are looking to adopt a dog (or will look, someday) I ask that you please don’t just walk by the pit bull – who, inevitably, will be there – as if she doesn’t exist. Stop, take a moment, and say hello to her. Maybe let her lick your hand. Even if you truly have your heart set on a different type of dog, I ask that you spend a little bit of time getting to know this pit, so that if you were to see her again in the future, out on the street with her proud new owner, you would smile. You wouldn’t dream of crossing the street to avoid her.

And who knows, maybe giving her that chance in the shelter really will change your mind. If it does, good for you – because if you adopt a pit bull, you’ve truly found a friend for life. I certainly couldn’t imagine my own life without one.