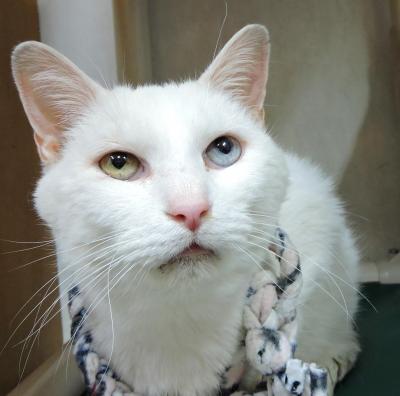 s Fowl. His beautiful mixed-color eyes are just the first wonderful thing about him.

Artemis is one of the “wonder cats” that we sometimes see. The ones who make us really wonder about their life and adventures before they came to us. Where has he been and how did he get there and what made it possible for him to survive? 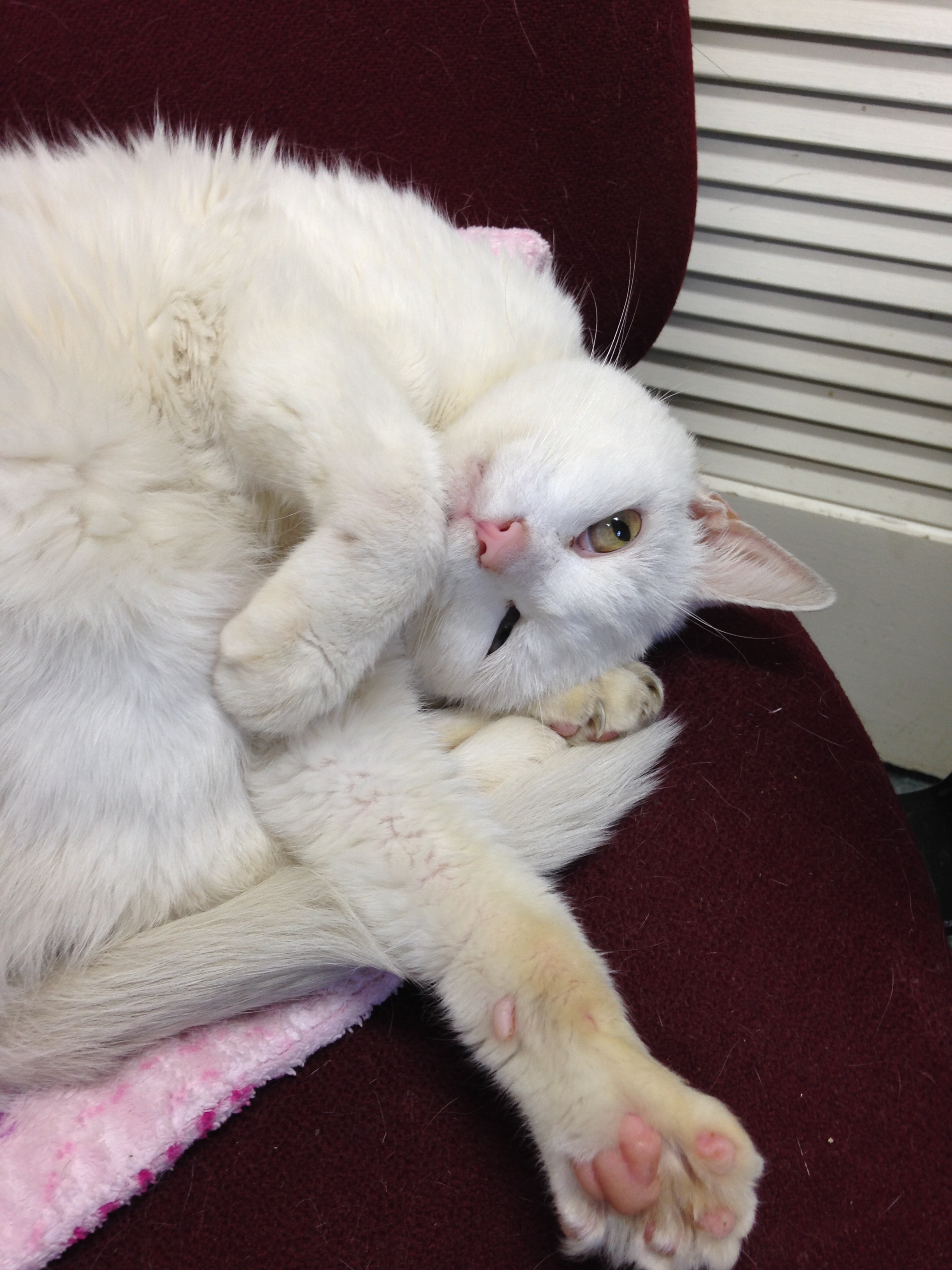 t Artemis had a home at some point, because he’s de-clawed. But he came in as a lost cat, and it seems like he’s been lost for a while. He was very thin, with matted fur and dirt so deep we couldn’t tell whether he was all white or white and gray. Cutting out the mattes has left him a little “choppy” looking, but he’s starting to put on a little weight and his fur is beginning to soften and grow healthier.

Artemis was also injured during his adventures. One of his back legs was broken and never properly healed. It doesn’t seem to bother him and certainly doens’t keep him from getting around, but it’s one more mystery. How does a white, injured cat survive in the countryside? 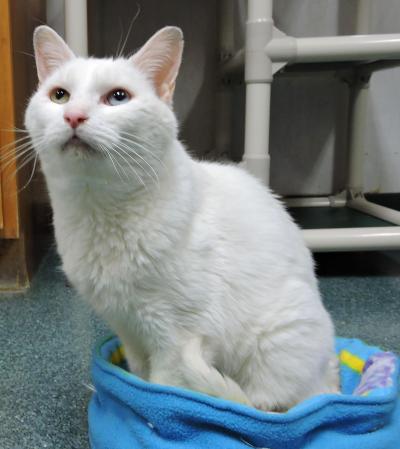 The biggest mystery, though, is how a cat that’s gone through so much can still be so friendly and loving. That’s the truly wonderful thing about Artemis Fowl. He’s beautiful on the outside, but it’s his his inner beauty that really shines. Maybe he’s just grateful to be inside again, but we think it’s something more. Artemis isn’t just looking for comfort, he’s looking for love. He’s reaching out to people and saying, “If you love me, I will give you everything.”

Artemis deserves that life of comfort and companionship, but he’s one of those cats who is going to give so much more in return.