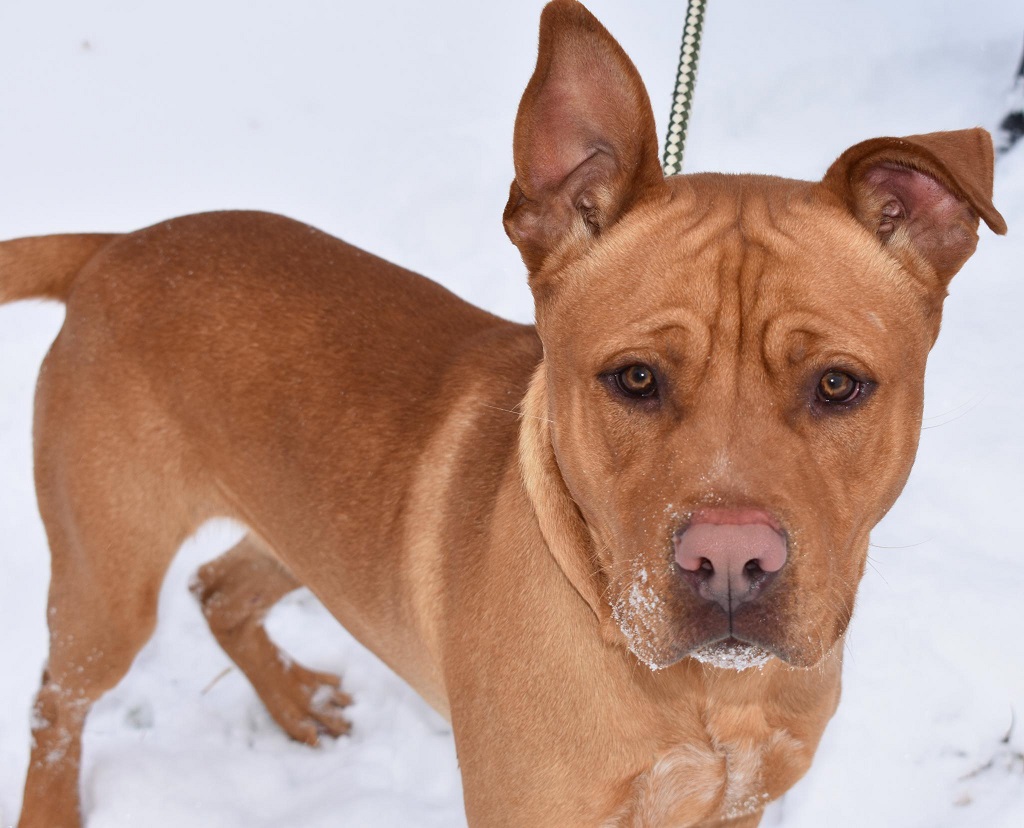 Kody – Don’t let that wrinkly brow fool you, Kody isn’t worried at all. In fact, he’s one of the most playful dogs. Squeaky balls are Kody’s absolute favorite toy and he is a delight to play fetch with. He’ll chase a squeaky ball, bring it back to you, spit it out just in time to chase another one. Breaks between fetching usually involve Kody leaning up against you asking for pets and if you’re not careful, he’ll try to sit in your lap!

Kody is a quick learner, too. He loves to work for treats and will be an easy boy to train. One handsome dog, his shiny red coat and the adorable way he cocks his head, one ear up and one ear down, endear him to everyone he meets.

Kody has lots of energy and is quite the jumper. Watching his head bop up and down over the top of his kennel is really a sight! He’s just so excited to see you. The only thing Kody is worried about is how long it will take him to get his new home.

0Cat of the Week – ShermyBabies Having Babies