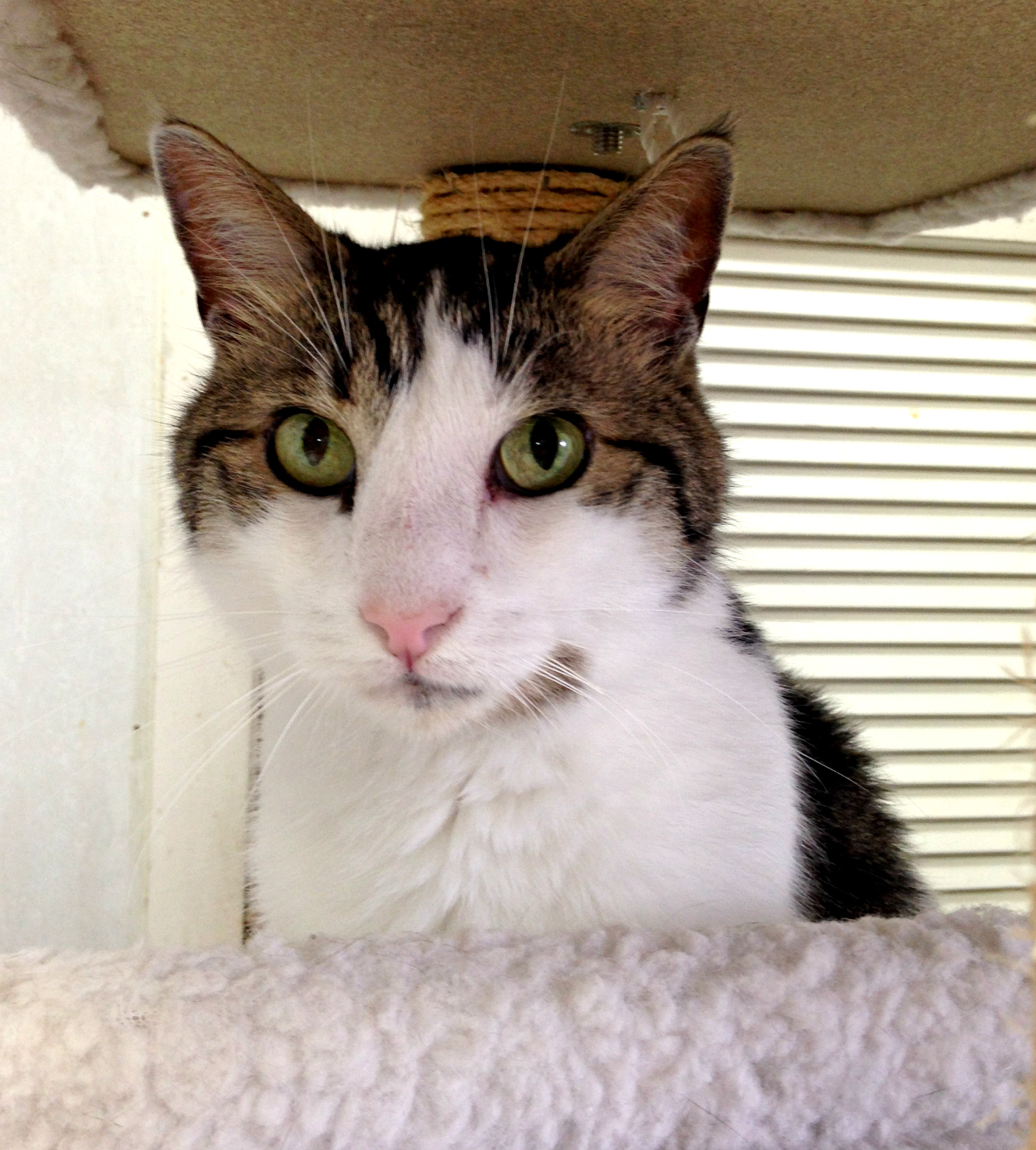 George arrived at the shelter when a new family member in his home turned out to be allergic to him. After 8 years in his own home, he suddenly found himself living in a small cat condo, surrounded by people and animals he didn’t know, with strange smells and sounds all around.

He was not happy.

Although George was nice enough when he was out and about, he generally preferred to be on his own. He tolerated the other cats and as far as people were concerned, a few pets or scratches were fine, but then he’d want to head back to his “cat cave.” He didn’t seem to want to connect.

The real problem came, though, when anyone tried to handle George. Simply putting him back in his cat condo was a major challenge because he hated it so much. There were more than a few scratches acquired by staff. Attempting any medical treatment or transferring him into or out of a cat carrier required the use of heavy-duty, bite-proof gloves. George simply didn’t tolerate it. 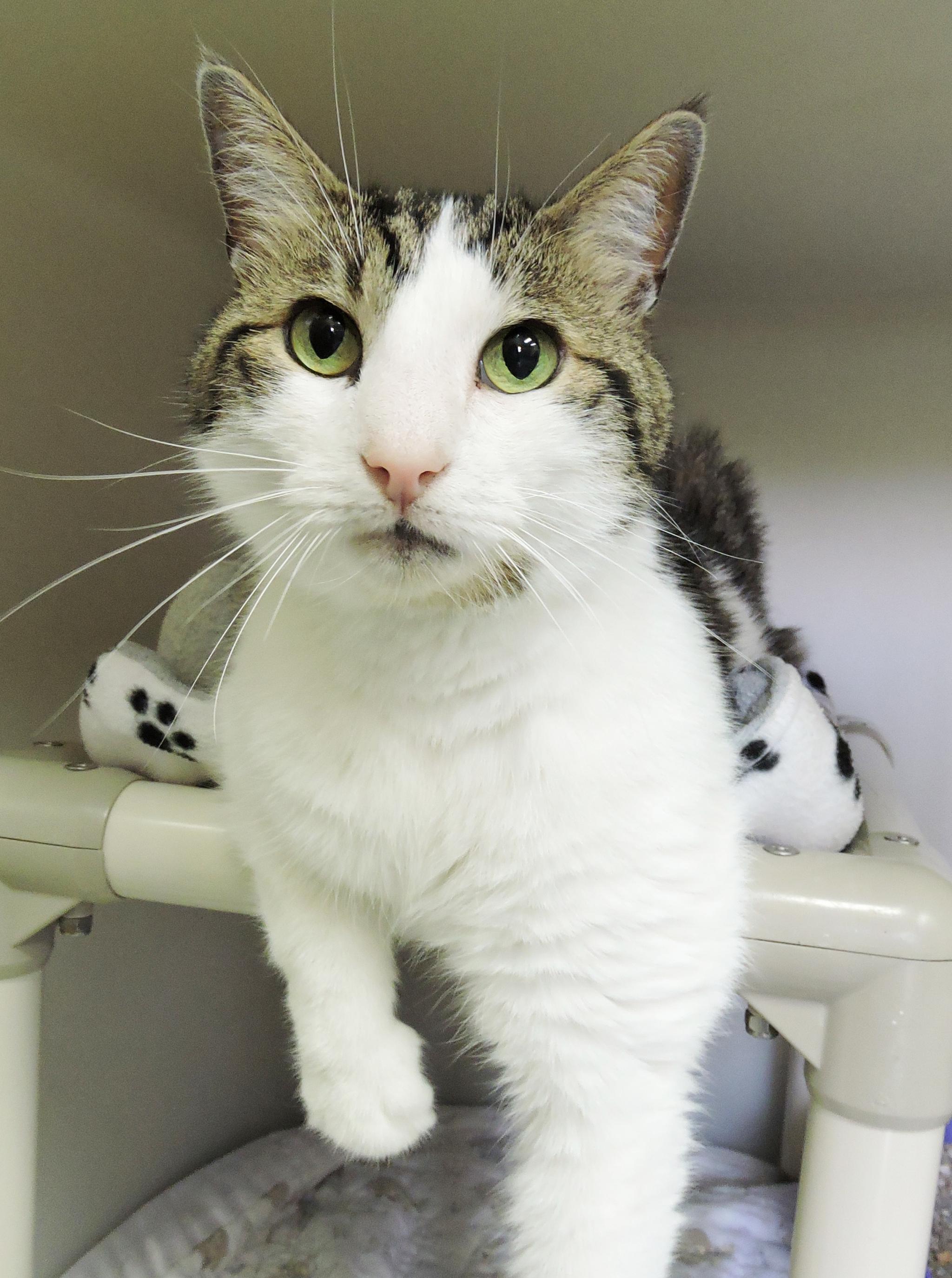 George was declawed by his previous owner, on all four paws. As part of our campaign to help declawed cats, we took him for x-rays and discovered that there were bone fragments in his paw. The vet was only able to x-ray one paw because George just would not be removed from the cat carrier.

George was scheduled for declaw repair surgery. During his surgery, bone fragments were found in all four of his paws. One paw had a large abscess. It’s hard to imagine the pain he must have been in every day, walking on those bone fragments. It’s no wonder he didn’t like to be touched or held.

As George started to recover, staff began to witness a remarkable transformation, even in the first couple of days. Instead of the aloof cat they were used to, George was actually coming forward in his condo and asking for attention. As people would walk by, he would reach out to play. He was enjoying having his head and chin scratched and, when he was out and about, would approach everyone to say hello and ask for pets. he even seemed to enjoy playing Grandpa to the other cats, watching over them and keeping them out of trouble. 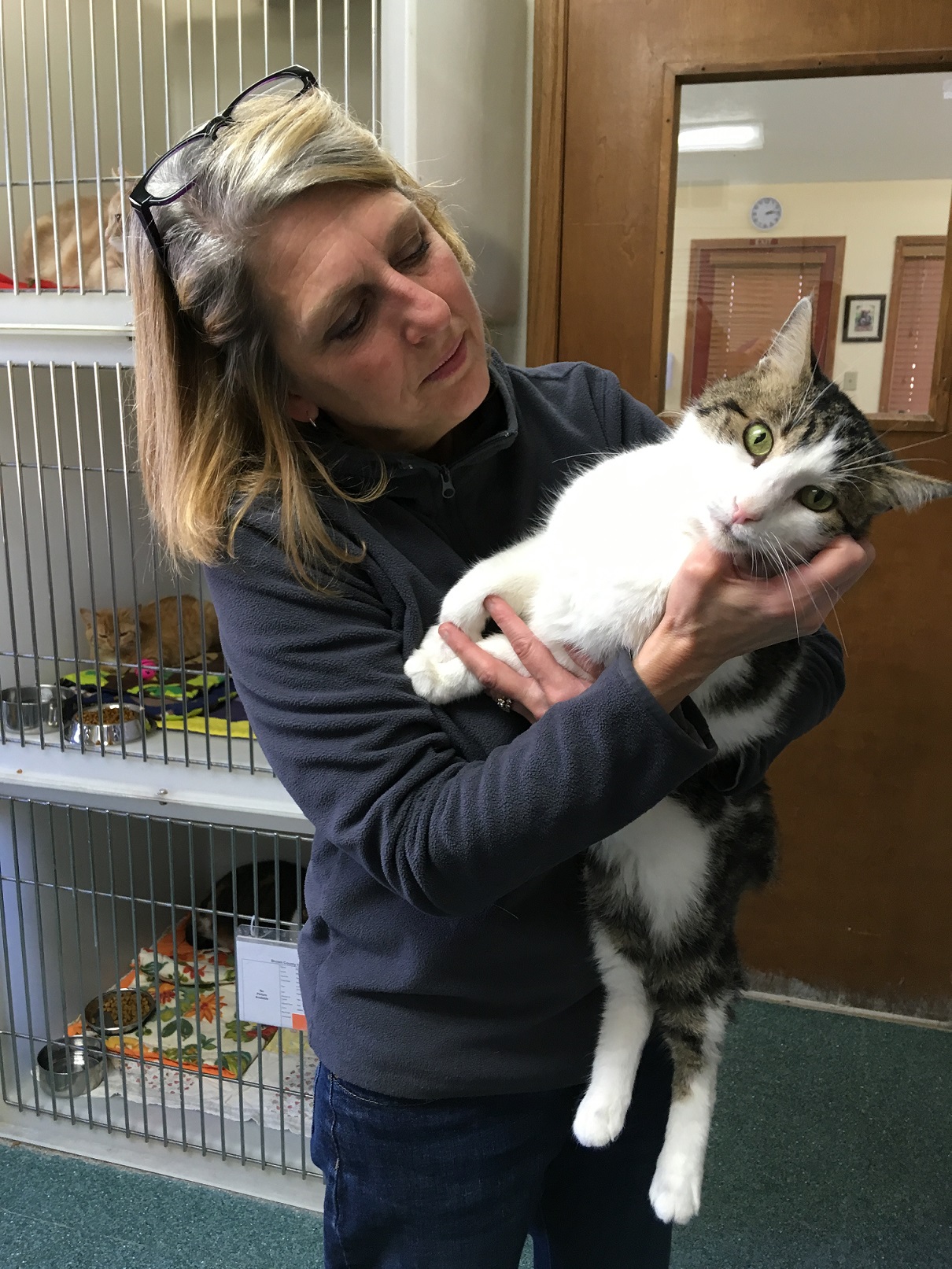 Cats are masters at hiding pain. For George to have lived like that, with all that pain in his paws, it’s amazing he tolerated any kind of attention at all. To see him able to come out of his shell and actually seek out affection has been wonderful. He’s ready to start a new life in a new home, free of pain. One where he can continue to learn how to love and be loved.