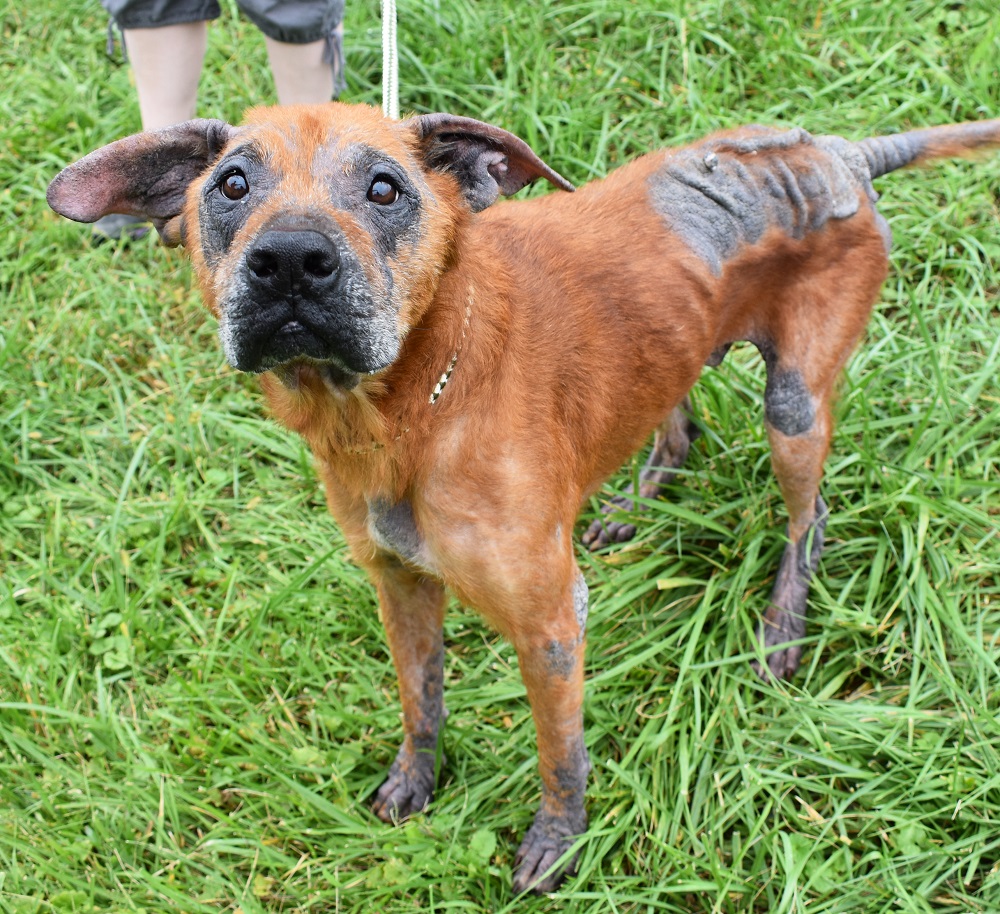 Tick-borne diseases are scary for dogs and for people.  At the Brown County Humane Society a beautiful white German shepherd was diagnosed with anaplasmosis, caused from a tick bite.  Although just a year old, he could barely walk because of pain from polyarthritis caused by the disease.  It took several weeks of antibiotics for him to begin feeling better.  Several dogs at the shelter have also been diagnosed with Lyme disease and ehrlichiosis.  Both diseases are caused by infected ticks.

In Brown County four common tick species are found:  Blacklegged, Lone Star, American Dog and Brown Dog.  Different tick species carry different diseases.  Diseases caused by ticks that can affect dogs are:  Lyme disease, Ehrlichiosis, Anaplasmosis, Rocky Mountain Spotted Fever, and Babesiosis.  Some of these diseases, if left untreated, can cause your pet to be very sick and can even be fatal.

Ticks live in grasses and wooded areas and attach themselves to dogs as the dogs walk by.  They then bite the dog and feed on their blood, transmitting diseases directly into the dog’s system.

If caught early and started on an effective antibiotic, many dogs can recover from these diseases.  That’s why it is important to check your dog for ticks daily during tick season: spring, summer and fall.  This year ticks were found in Brown County in February, so it’s not a bad idea to look for them all year round.  To check for ticks, brush your fingers throughout your dog’s hair, applying enough pressure to feel any small bumps. If you feel a bump, pull the fur apart to identify it. An embedded tick can vary in size, from a pinhead to a grape.  Some tick-borne diseases can be transmitted as quickly as six hours after a tick bite so daily checks are important.

If you do find a tick embedded in your pet it’s important to carefully remove it.  Use gloves to protect yourself and with tweezers grab the tick as close to your dog’s skin as possible.  Using steady pressure, pull the tick out using a straight motion.  Don’t twist or jerk because you don’t want to leave part of the tick in your pet.  After removing the tick place it in rubbing alcohol to kill it.

The very best thing you can do for your pet is to prevent him from being bitten by ticks in the first place.  There are some very effective tick preventatives on the market.  Your veterinarian can help you choose the best one for your four legged best friend.