Dogs are not only lovable but fascinating as well.  It seems that the more time we take to study our canine companions, the more we realize we still have to learn. Here are some fun facts about dogs you may find interesting. 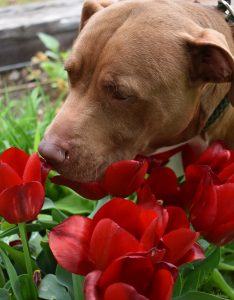 Smell is a dog’s strongest sense and is 10,000 to 100,000 times stronger than a human’s.  We know about dogs who can track people over miles by following their individual scent, but did you know that some service dogs are trained to react when their owner is about to have a health issue? That’s because they can smell the associated chemical changes happening in their owner’s body. Ever wonder why your dog’s nose is always wet? It’s because the mucus helps them to absorb scent chemicals.

Have you ever thought that your dog’s feet smell like corn chips? Dogs sweat in two ways, by panting and through their paw pads. When the sweat becomes trapped between a dog’s fur and their paw pads, it can create bacteria that some people think smells like corn chips.

Dogs are adorable when they curl up in a ball and tuck their noses under their legs, but they do this for a reason. It keeps them warm and protects their vital organs while they sleep. 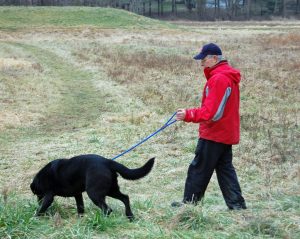 Having a dog isn’t just fun but can also be good for your health.  Exercise through walking your dog is an obvious benefit, but multiple research studies have also shown that simply petting your dog can lower your blood pressure and help you to better manage stress.

Scientists used to think that dogs could only see in black and white.  However, new research has shown that dogs actually can see blue, yellow, and different shades of gray.

Dogs don’t actually experience guilt. When people think that their dog is acting guilty, it is usually because the dog is responding to the owner’s change in behavior, such as a scolding tone of voice.

Your dog’s noseprint is as unique as your fingerprint and can be used to identify your dog. 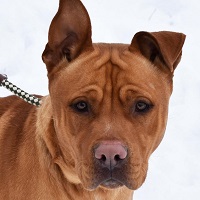 Whereas humans only have two muscles per ear, dogs have at least 18.  It’s no wonder that dogs use their ears so much to communicate!

Dogs have similar intelligence to a two year old child.  The average dog can learn about 150 words, whereas the most intelligent dogs can learn about 250 words.  Dogs can also learn to solve problems, count up to four or five, and operate basic machines.

Knowing these facts, we may all mean something different now when we say, “It’s just a dog.”